How to Create a Cased Opening

category: DIY, Home Improvement Comments Off on How to Create a Cased Opening

If you want to have a defined entrance and exit to a room, but don’t want to lose the wall space an open door can take up, the answer might be a simple cased opening. The arrangement is basically the same an interior door, but without the actual door slab. You can use a cased opening to replace an existing door or as a transition from room to room in a new partition that’s just been constructed. END_OF_DOCUMENT_TOKEN_TO_BE_REPLACED

category: DIY, Hardware & Tools, Home Improvement Comments Off on How to Patch a Sheetrock Hole 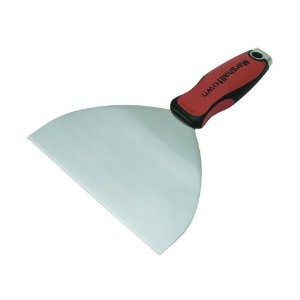 Whether you’re a homeowner or a tenant, at some point in your life there’s a pretty good chance you’ll have to deal with a gaping hole in the sheetrock on a wall or ceiling. It may be from a water leak, a moment of carelessness during a move, or a multitude of other reasons, but sooner or later you’re sure to have the encounter. Keep in mind that a hole isn’t a gouge or ding that can be made to disappear with a bit of spackle and a putty knife – no, this is damage that can’t be described in any other way than as a hole. END_OF_DOCUMENT_TOKEN_TO_BE_REPLACED